80 percent of all Net Neutrality Comments Sent by Bots

It is found that 22 million comments were against net neutrality while most of the comments were basically written by bots. According to data analytic company Gravwell only 3.863.929 comments were unique and written individually however almost more than 18 million were resubmitted, fake, copied or pasted by bots.

Lead researcher of Gravwell Corey Thuen states that “people who submitted comments directly to the FCC website were overwhelming in support of net neutrality regulations.” Almost 95 percent of major comments were from bots whereas only 17.4% were original. According to Gravwell there were bulks of comments which were identical and indicated the involvement of bots. 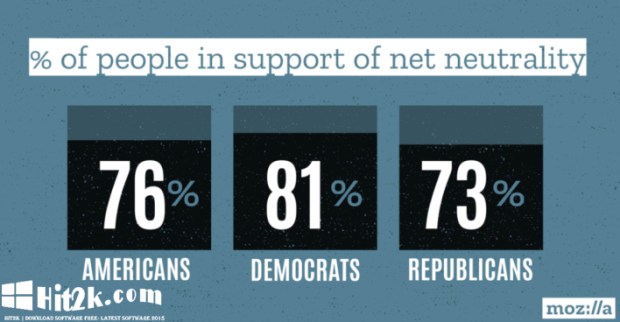 The only light in darkness…. Motherboard…

Motherboard website is playing important role in these days of technology as it provides you answers with sanity. It also drops its spotlight on an email send to FCC and it was 1,200,000 times word to word same. It is also reported that only 1 million emails were sent in August.

According to Motherboard FCC received this email million times:

“The unprecedent regulatory power of Obama Administration imposed on internet is something innovation, damaging the American economy and obstructing job creation. \n\nl urge the Federal Communications Commission to end the bureaucratic regulatory overreach of the internet known as Title II and restore the bipartisan light-torch regulatory consensus that enabled the internet to flourish for more than 20 years. \n\nl The plan currently under consideration at the FCC to appeal Obama’s Title II power grab is a positive step forward and will help to promote a truly free and open internet for everyone.\n”

If you are concerned about US administration current plan for internet than you should pay close attention to Net neutrality.

In 2015 a rule was presented by Obama administration in order to forbid the special treatment of one website over other and to stop internet service providers to create paid fast lanes. In order to add some changes to these rules by FCC chairman can check on users who can pay extra charges to use some websites like Netflix whereas on other hand it can also stop you from using entire website. They are also setting up other internet services to American citizens while broadband suppliers can also charge extra fees in order to check what users are watching or doing online.

Ajit Pai chairman of FCC is from Republican ideology. He joined in January whereas his basic argue was about cutting net neutrality in order to grow business. He also won by majority of votes and work on set of rules to fight against current situation. In April Pai states that “Do we want the government to control the internet? Or do we want to embrace the light-touch approach?” As Verizon is working on ending net neutrality thus Pai is working with them.

Fake writers or you can say bot writers… which one is correct?

Well they are fake writers. According to Thuen “ Seeing a clear difference of opinion between bulk submitted comments vs those that came in via the FCC comment page we’re forced to conclude that either the nature of submission method has some direct correlation with political opinion, or someone is telling lies on the internet.”

He also admitted that the report is basically formed on early stage of researches while results will also include other in-depth and qualified researchers from other academics.

From 22 million comments submitted only 3,863,929 comments were original and unique or written by individuals. That is just 17%.