Hit2k.com – Cicret Bracelet, Leather Gadgets That Make You Become Screen Android ,Technology gadgets increasingly rapid development and you will surely be amazed with the concept created by a French company named Cicret follows. Starting on August 31, 2014 ago, they held a fundraiser through crowdfunding web Indiegogo to create a wearable gadgets such as Android devices that will emit projectors and will make your arm as if it has a touch screen that you can properly smartphone. 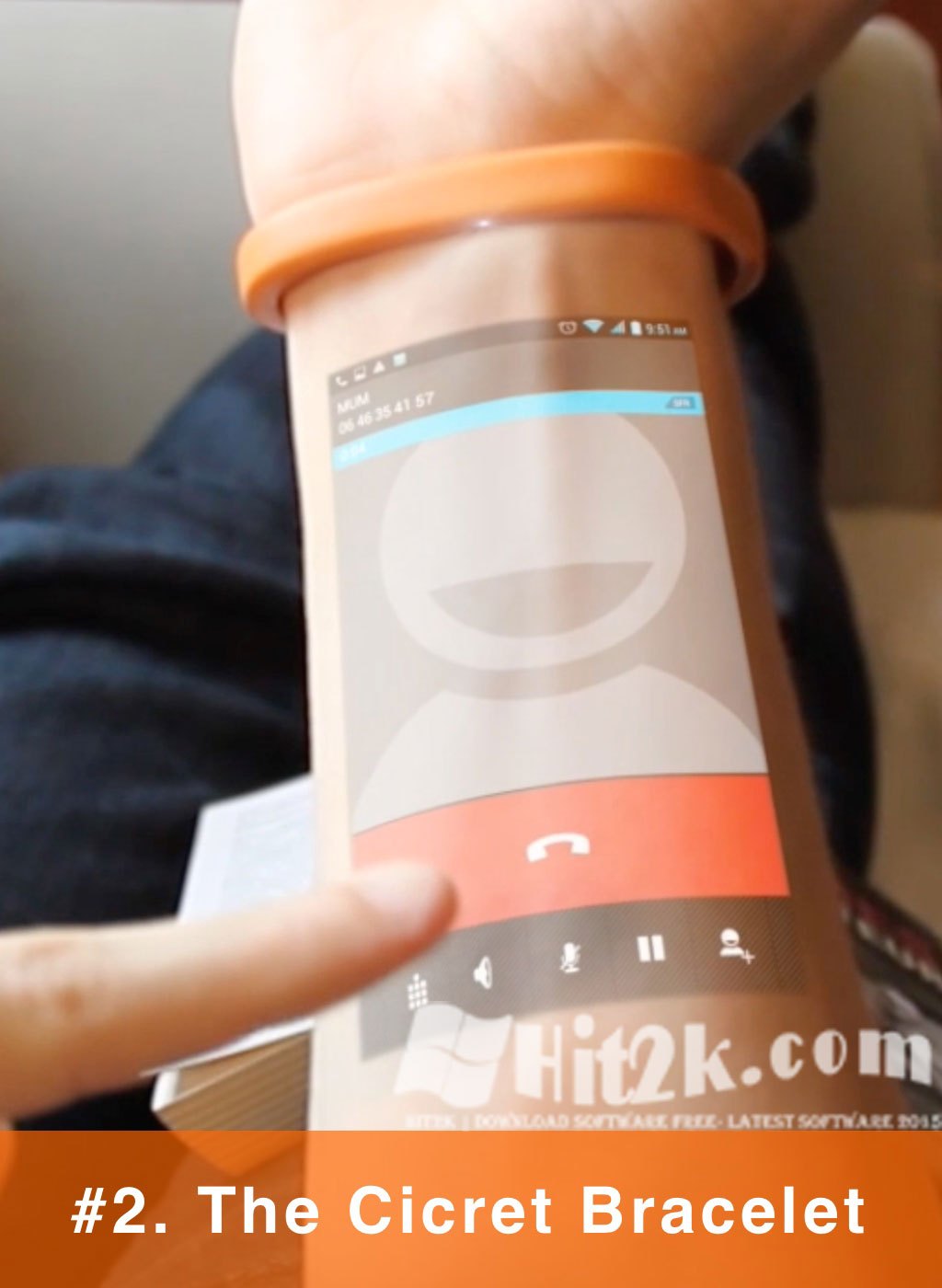 Gadget of the concept that they created consists of 8 proximity sensors with the ability to remotely and also equipped with a pico projector that will be fired from the projection screen to the skin smartphone users. In addition, Cicret also has its own processor, coupled with storage, vibration, Wi-Fi, and Bluetooth connectivity.

The process of collecting funds to start Cicret through Indigo project itself has been closed on October 30 yesterday but for the fans who still want to donate funds to help pay for the project is still able to do so through their official website at the following link.

Indeed interesting to follow how the end of the ambitious project of Cicret. Hopefully unique wearable device can be realized elegant well.
For you who are curious how the demonstration of the product Bracelet Cicret this, you can see the video below.