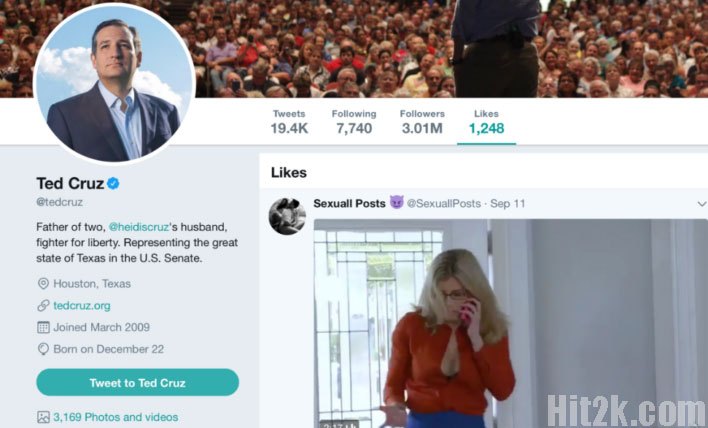 Obviously it was Ted Cruz official account with such kind of feed in it. But it is still unclear whether he like the video or the whole scenarios was created by someone else where their main work was to manage his social account. Some reports included that the tweet was like by using iPhone.

The whole scenario makes Ted Cruz a trending topic whereas his like become major cause of jokes, gossips and memes across the internet. Ted Cruz communication dictator didn’t help him in all the matter instead she states that “tweet posted on @tedcruz account earlier has been removed by staff and reported to Twitter”. Although this problem was not about the tweet but the like.